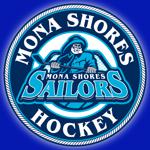 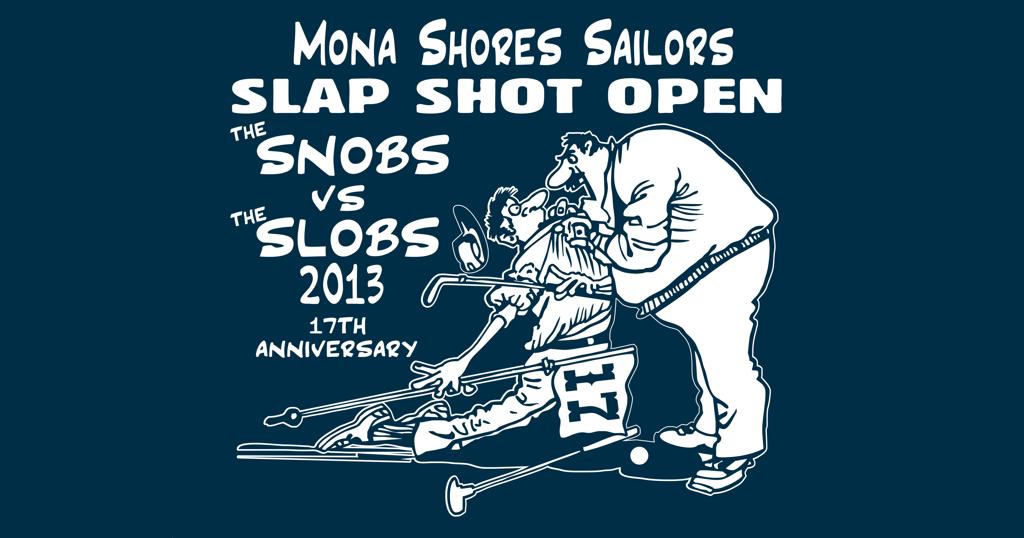 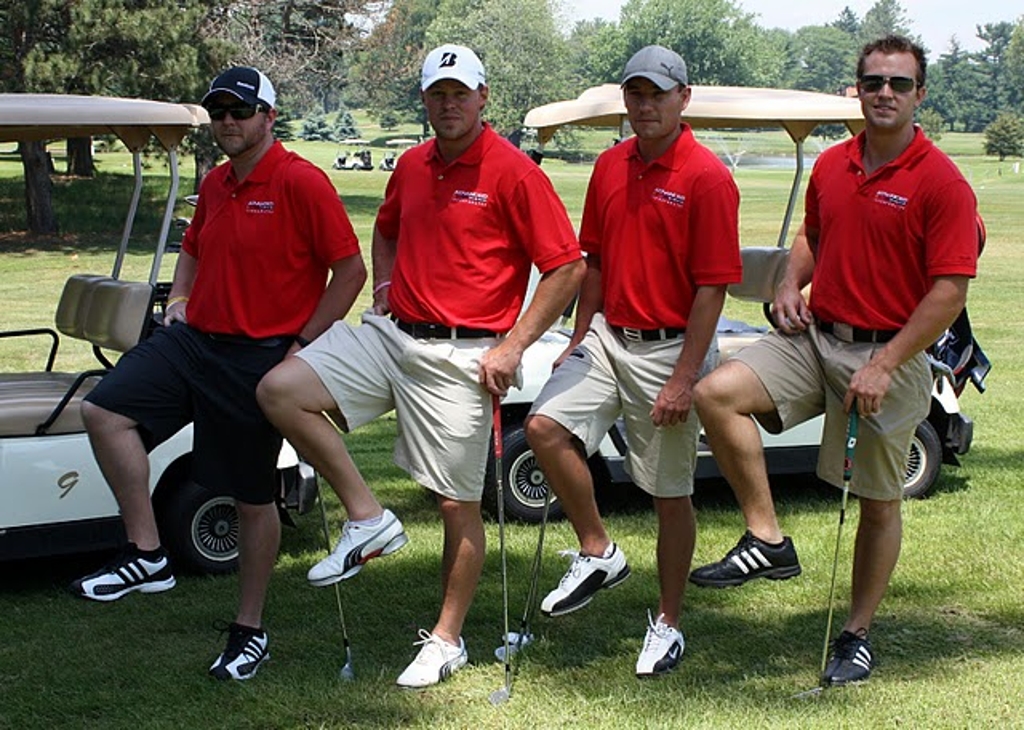 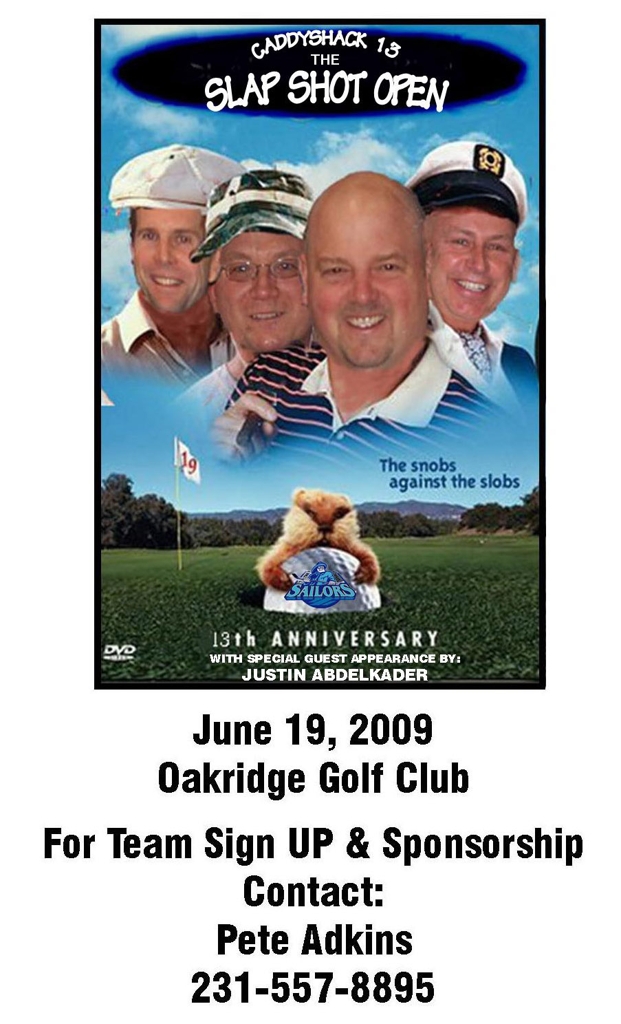 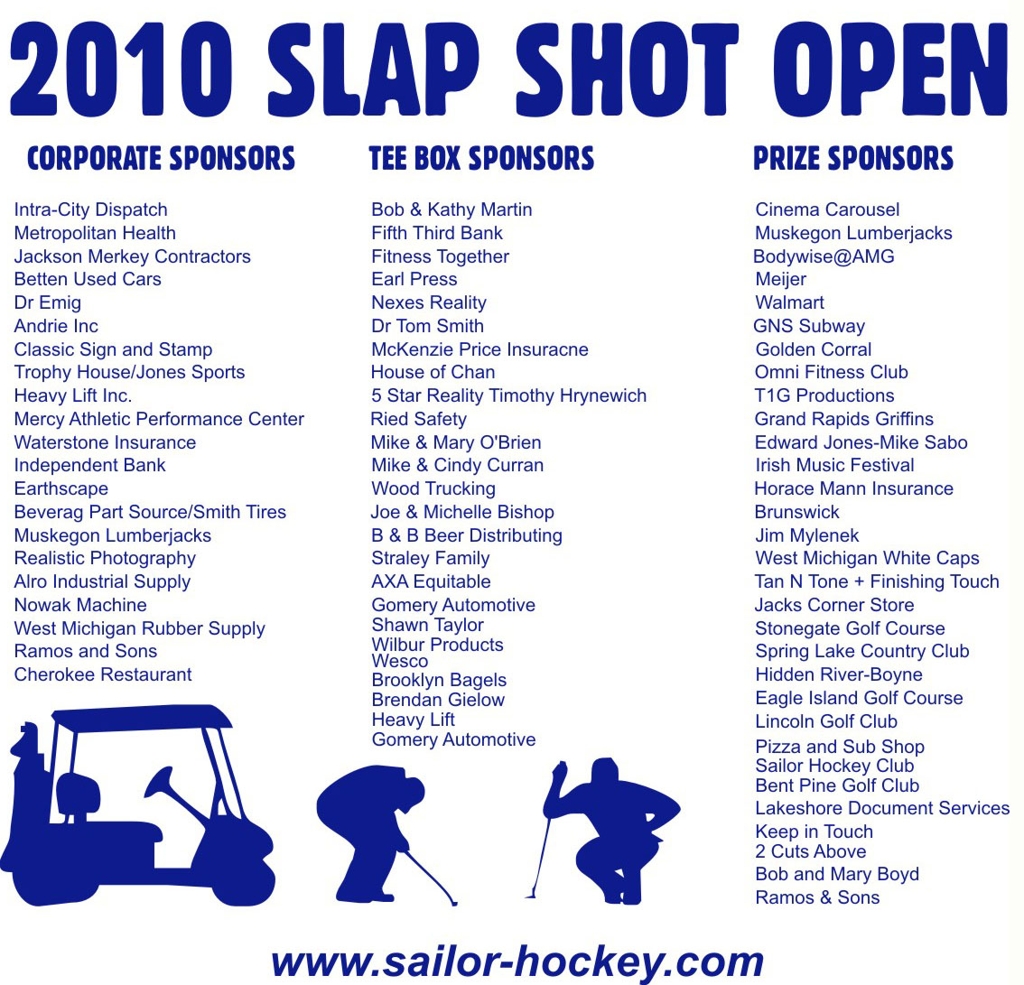 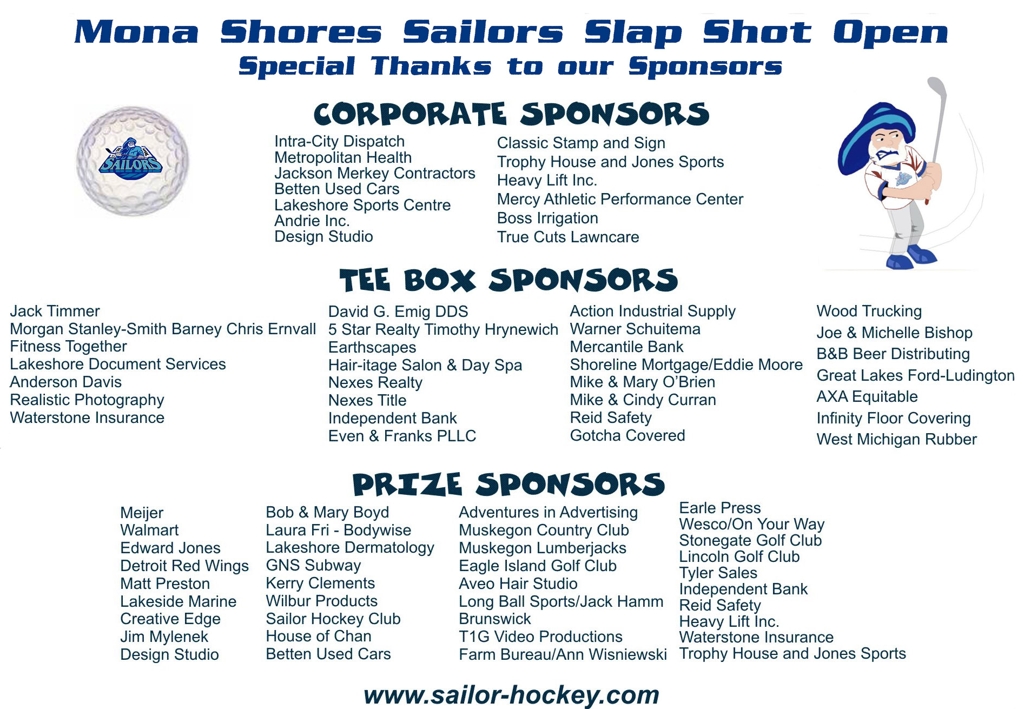 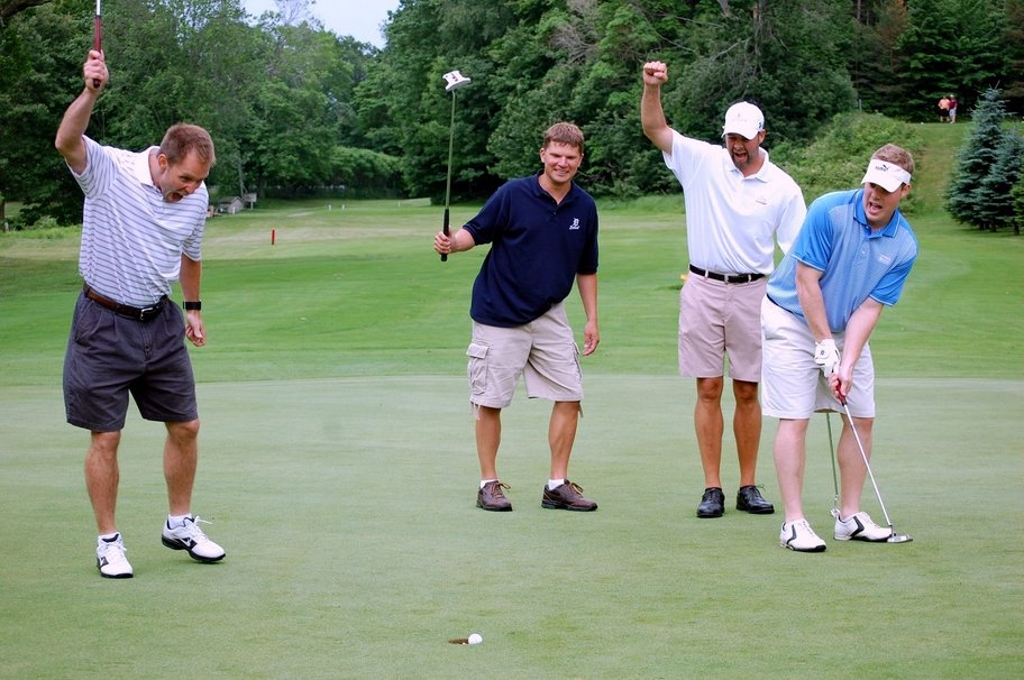 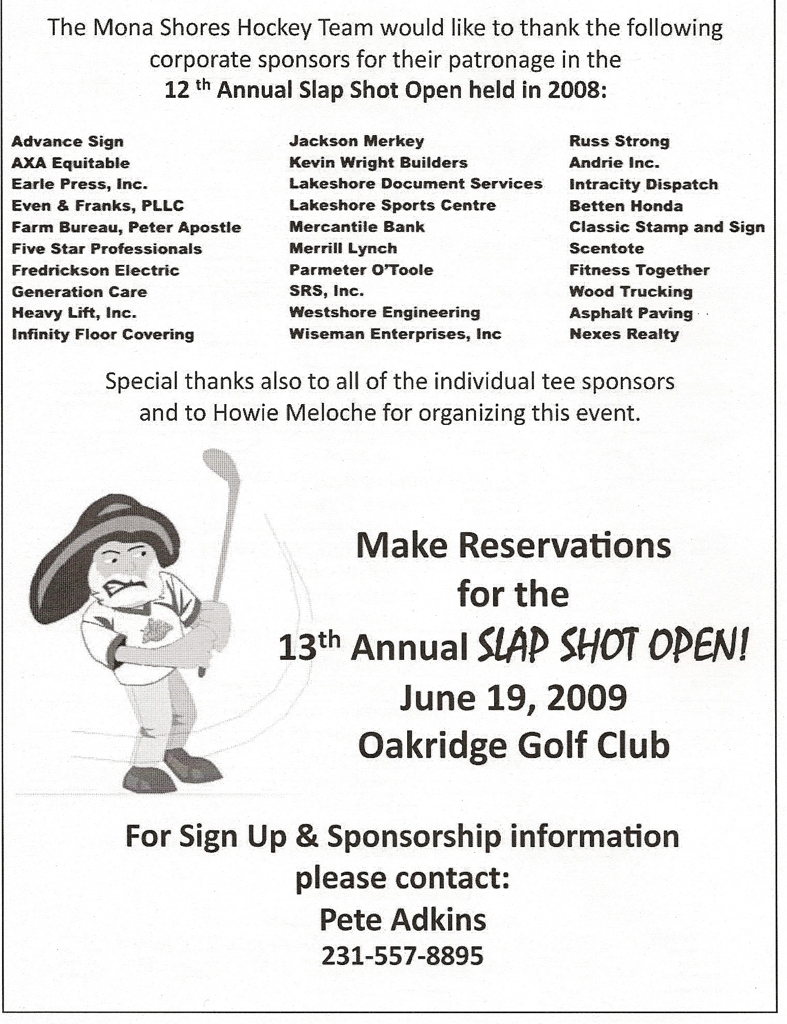 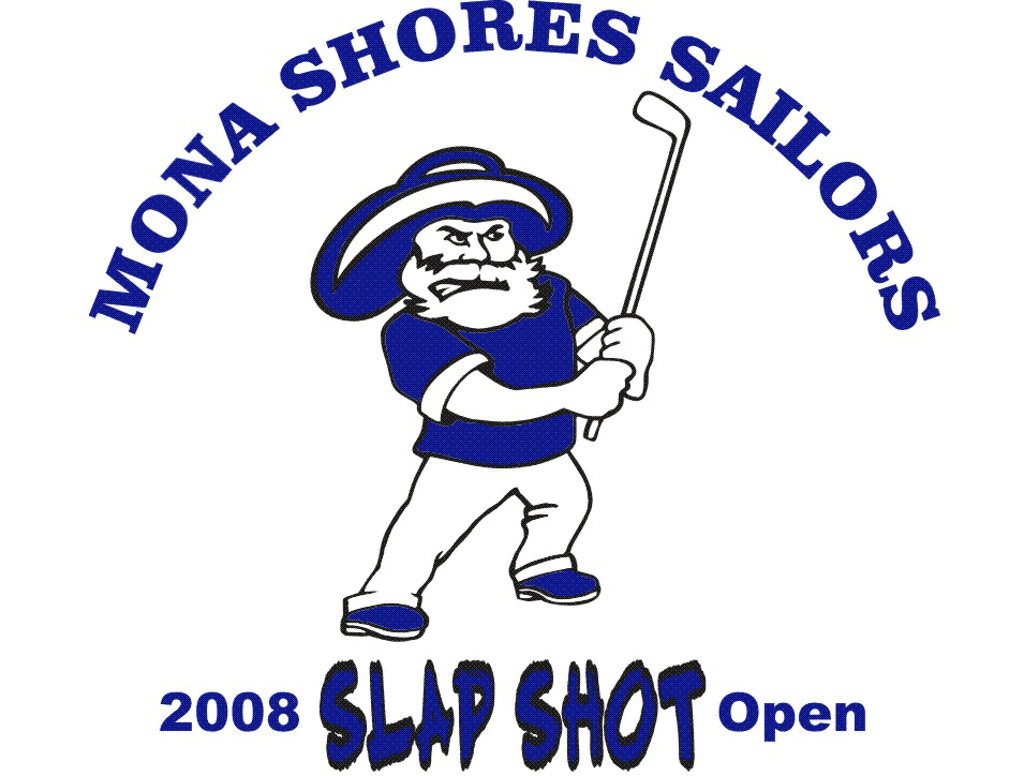 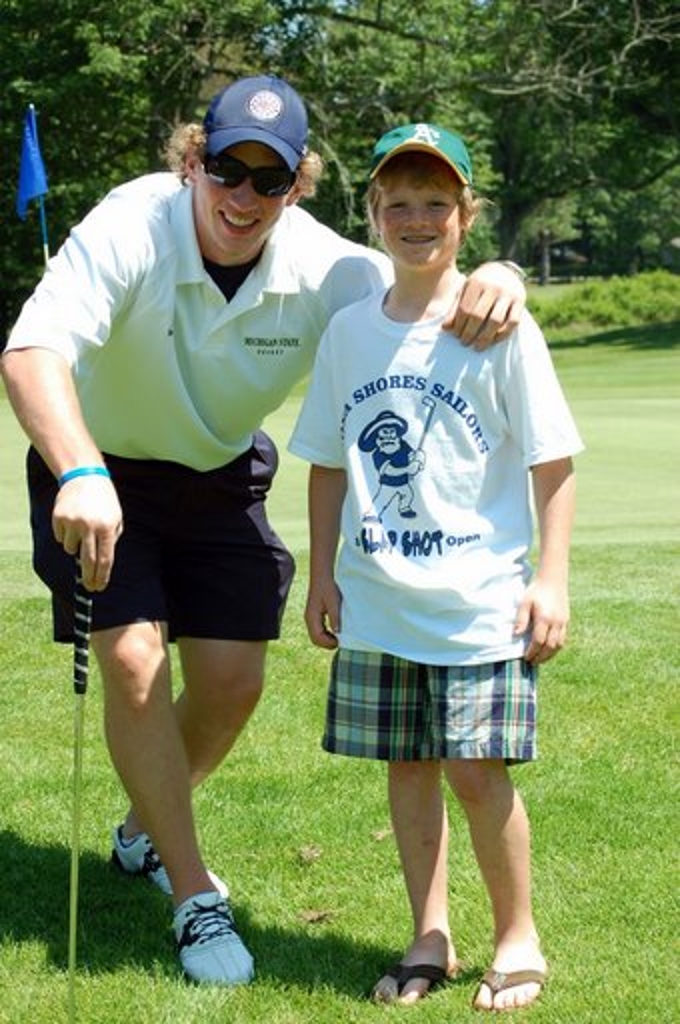 A celebrity studded 12th Annual Mona Shores Sailors Slapshot Open concluded on Friday, June 20th at Oakridge Golf Club on a perfect 75 degree, mostly sunny and slightly breezy afternoon in beautiful Norton Shores, MI. Sailors Board Members briefly flirted with the idea of a sudden death playoff, much like the US Open, when four powerhouse teams, those from Nexes, Advanced Signs, Teams Andrie, and Ulfsax, all found themselves deadlocked at 17 under after 18 physically demanding holes and 6010 yards for the green jacket, trophy, and future endorsement deals. Instead, by working their way back SIX HOLES on the scorecard, team Nexes II and leader Brock "Roughrider" Carlston, backed by Nigel Hawryliw, Matt Wright, and Nolan Stier, were doused with milk and declared champions late into the evening.

Most of my golf experience prior to the tournament has been putting over bridges and through windmills with brightly colored golf balls, and so I learned many things on Friday, including:

1. Brian Speck shoots from the ladies Tee’s. His teammates still don’t use his drives.
2. Unless there’s a medical emergency, don’t drive your cart onto the greens
3. Golf carts have reverse gear; you don’t need to push them backward with your feet
4. A "shotgun start" has nothing to do with firearms
4. Pete Adkins can pull of lime green as well as any man in Muskegon
5. When quick decisions need to be made in the heat of battle, it’s good to have President Tiefenthal around, such as when the beer cart girl blew a tire and all around her were losing their heads.
6. Air horns are banned when players are teeing off.
7. The dress code at Oakridge Golf Club is liberal enough to allow the enduring tuxedo T-shirt

The Best Looking Team (and First Place in Women's Division) went to: Gotcha Covered, Deb Sechen and teammates. Loudest Music was won by Adventures in Advertising - Team McCarl, narrowly beating out the team of Craig Burrito Skocelas, whose boom box batteries died somewhere around the 15th hole. Most daring fashion statement went to the guy in the tuxedo tee, in a landslide over 2nd place Steve Habetler and daisy duke's fan Bill Hicks.

Special thanks to Howie “Howitzer” Meloche, Roxie Deegan and Billy Carlston for all they have done for the tournament and program and will leave behind very large golf shoes to fill. Additional props go to young Alec Sturr, whose dad Eric Sturr always tries to take credit for his skills behind the camera and whose work can be seen at: http://picasaweb.google.com/esturr/2008MonaShoresSlapshotOpen. 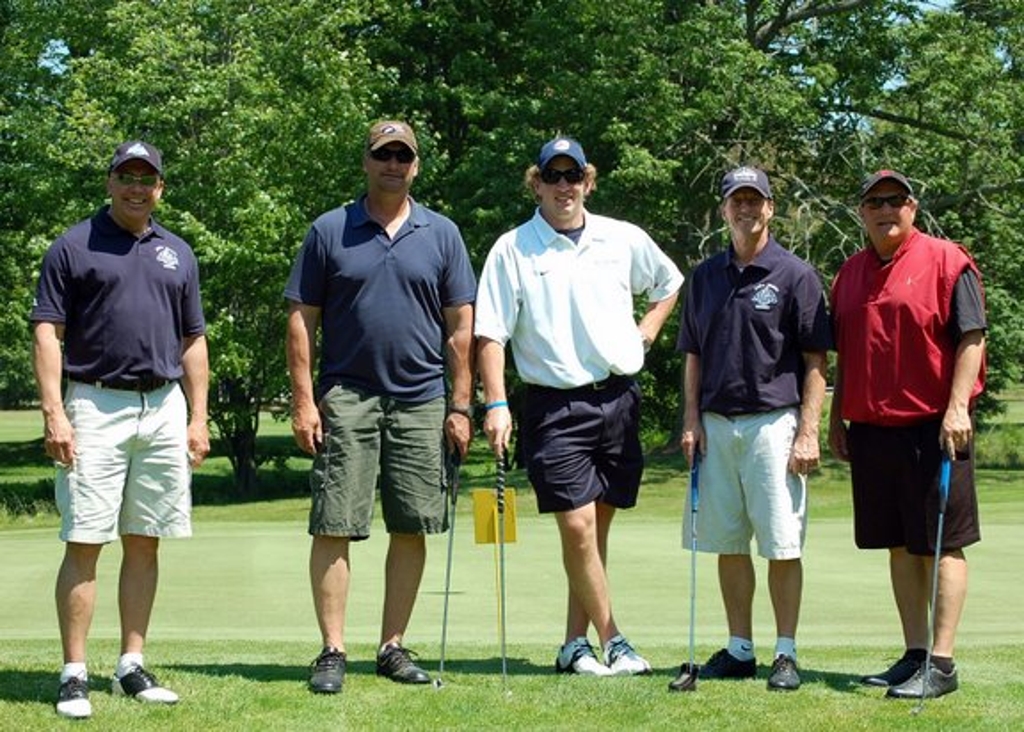 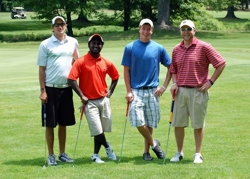 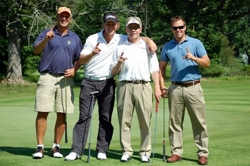 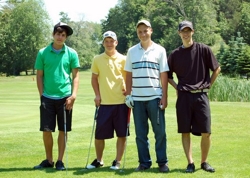 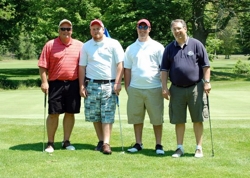 Mona Shore Hockey Club Would like to thank all of our corporate sponsors. With thier help Mona Shores Hockey continues to grow and become stronger.

Please download the attached forms that you will need to submit your team and/or sponsorship information to us.  Make the checks payable to the Mona Shores Hockey Club and mail to the address as noted.

If you have any issues with the files, you can send an email to the following address and we can try to determine what other options are available to us : kbdent@aol.com